"You may not know it, but you have a particular skill, a unique insight, and a special knowledge that you should share. All of us do. This talent – possibly hidden even from you – can transform other people’s lives dramatically."

Doug founded Work Smart Formula™ with the mission of enriching the lives of as many online entrepreneurs as possible. Working carefully with each client, he helps them develop a strategy customized to their talents, personally and market niche. The strategies are the same ones that led scores of online millionaires to success.

He does this by sharing the knowledge built up during decades of entrepreneurship; three US Army Special Operating Forces combat commands, and by executive positions in Silicon Valley.

His conviction almost everyone underestimates themselves drives him to transform the lives of passionate would-be entrepreneurs. Because, like Steve Jobs, he believes that anyone with true passion can change the world.

Upon university graduation he was commissioned a second lieutenant in the U.S. Army and immediately called to active duty and combat followed by a part time career in the Army Reserve.

After completing his graduate studies he joined the professional ranks of the US’s premier physics laboratory as Senior Mathematician. He managed research projects advancing Internet technology in the areas of networked and cloud-based applications.

Soon the lure of Silicon Valley and its entrepreneurial culture pulled him into several executive positions.

After building a superb reputation and sufficient financial resources, he jumped into the world of serial entrepreneurship. In 2001 he narrowed his focus to Internet marketing specializing in online training.

Doug became an expert in training, leading, managing and motivating teams to achieve more that any of them thought possible.

Doug is the primary author of Work Smart Formula, a process used by scores of online millionaires to achieve success. 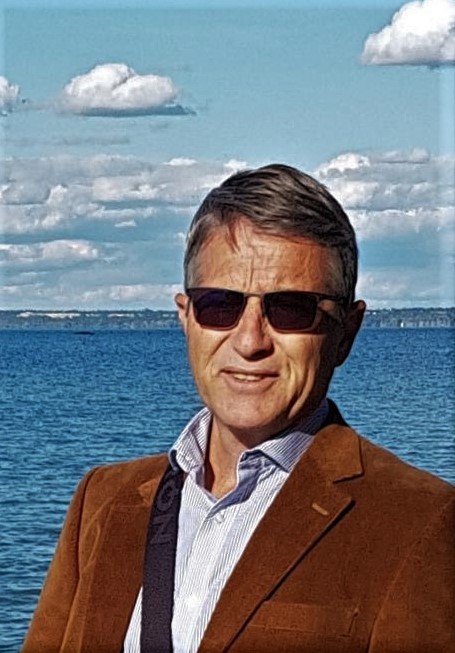 Peter joined Doug’s team to help you with your online business. Using his over 40 years of experience, he teaches entrepreneurs the best practices in communications, marketing, and lobbying. After he shows you how to use these tools; you will be far more successful.

Peter is a broadly renowned communications expert and trainer with a large international network. He has led the efforts of market-leading multinationals for decades. He is a guest lecturer at Metropol University, the former CEO of the American Chamber of Commerce in Hungary, and a passionate entrepreneur, just like you.

He was the Corporate Affairs Director of a large multinational organization responsible for the communications and public relations of over two dozen affiliates across Europe. Previously, he spent 15 years in media, journalism, and PR, working closely with business and political gurus.

His passion for supporting businesses and making them grow blossomed when he was CEO of AmCham. In this position, he represented and advocated for the interests of over 600 business entities.

As part of Doug’s team, Peter offers you his expertise and helps you succeed. He listens to you and provides custom-tailored advice on how to meet your challenges. He helps you shape your communications strategies, clarify your business objectives, and create a successful, recognizable brand.

He is a major contributor to the Work Smart Formula, itself.

This website uses cookies to improve your experience while you navigate through the website. Out of these, the cookies that are categorized as necessary are stored on your browser as they are essential for the working of basic functionalities of the website. We also use third-party cookies that help us analyze and understand how you use this website. These cookies will be stored in your browser only with your consent. You also have the option to opt-out of these cookies. But opting out of some of these cookies may affect your browsing experience.
Necessary Always Enabled
Necessary cookies are absolutely essential for the website to function properly. These cookies ensure basic functionalities and security features of the website, anonymously.
Functional
Functional cookies help to perform certain functionalities like sharing the content of the website on social media platforms, collect feedbacks, and other third-party features.
Performance
Performance cookies are used to understand and analyze the key performance indexes of the website which helps in delivering a better user experience for the visitors.
Analytics
Analytical cookies are used to understand how visitors interact with the website. These cookies help provide information on metrics the number of visitors, bounce rate, traffic source, etc.
Advertisement
Advertisement cookies are used to provide visitors with relevant ads and marketing campaigns. These cookies track visitors across websites and collect information to provide customized ads.
Others
Other uncategorized cookies are those that are being analyzed and have not been classified into a category as yet.
SAVE & ACCEPT